The Chaga mushroom grows on birch trees in colder climates across the Northern Hemisphere. It does not have a uniform shape and resembles a dark chunk of charcoal with a porous texture and its distinguished orange cork like tissue rather than a common mushroom.

Chaga is one of the most nutrient-dense mushrooms on the planet and rich in a wide variety of vitamins, minerals, and nutrients.

Deviating for a moment to the Botanic fact that Mushrooms, in general, are developing higher contents and more complex healing substances than other medical plants. Actually, fungi are not plants, They are a living organism group in between Plants and animals. While animals can defend themselves by various means, like biting, kicking using their dangerous horns and if all of these do not help run away, however who cannot run, must know how to defend themselves: fungi produce chemical repellents against predators, parasites, and competitors.

Mushrooms are statically fixed to their host, in the ideal case trunks of birches have no other chance of defence against their natural enemies like insects, animals or even human beings. They produce substances which can result in a worst case in the killing of the intruder. Why Chaga is producing a variety of substances being so healthy for us is not yet found in all cases. Some origins are known, and many others are not. Indeed, the interaction between their hosts, the slow growing process due to the cold climate are significant reasons for making Chaga a biochemical laboratory seeming to be predetermined to serve the humans living with them. There are more than 100 000 fungi known and classified, millions are estimated to exist. Let have each of them, only 10 predators, only these 100 000 may have developed a million of active substances alone, each of them reacting precisely against the individual aggressor.

As said above the climatic environment of the mushrooms has an influence on the formation of these formulations. Whereas in tropical and subtropical climates growth and reactions of any kind are commonly fast,  the low often sub-zero temperatures where Chaga mushrooms propagate result in a much slower growth and form and produce biochemical molecules which are hardly found in milder climates. Actually, the entire flora of the northern regions of the world is much less known to the public than the vegetation of the more temperate areas of our globe.

Usually, people searching for a cure to heal an illness of themselves, a friend or relative are frequently on the search for nonconventional treatments aside the established medical techniques.

Searching then Internet for Chaga Mushroom provides a countless number of articles, difficult to judge on their value and validity by the medically inexperienced lay person.

Some of the Internet content items sound like snake oil pitches and need careful analysis about their content. Often they do not withstand a serious checkup as repetitions and claims are contradictory.

However, the Chaga mushroom is a remarkable medicinal fungus with a wide range of special effects provided the adequate preparation is met.

Chaga mushroom (Inonotus obliquus) is a pore mushroom with a black, coal-like appearance. Inside it has a brownish to orange color.

It’s black appearance comes from the high melanin content. Melanin is a protective pigment that determines the skin tone in humans too. The melanin content in Chaga is far over average compared to other food and medicinal plants. The mushroom is very rich in minerals and trace elements such as potassium and zinc. Other significant components are betulinic acid. It is growing in Canada, Russia, Korea as well as in Northern and Eastern Europe.

In folk medicine, this legendary medicinal mushroom is used in case treating inflammations of the gastrointestinal tract like polyps, inflammation of the stomach, parasitic infections, diabetes and it is known strengthening the immune system.

This rare tree fungus grows on the trunks of birch, ash and maple trees.

It needs to be mentioned that medically potent Chaga grows on birch trees only. The spreading of Chaga bearing Birches is in the forests in the northern hemisphere. Especially in Scandinavia, Siberia, Japan, and Canada. It is up to 50 cm tall and looks like a shapeless black lump.

Another rule of the thumb is that as colder the climate is where the Chaga grows as better the healing power of Chaga substances will be.

The fact that Chaga is also growing as a parasite on other leaf trees is already a reason to look carefully where the final product is coming from. Remember only Chaga harvested in Birch trees has all the contents which give Chaga the healing power.

As said above growing on other trees than birch, diluting it with bark and the pulverizing all belong to the tricks of unethical handling.

Experience shows, however, that only the Chaga mushroom contains the unique, important health ingredients in sufficient quantity from freezing regions such as Scandinavia and Siberia and Canada. The reason for this is that only at very low temperatures the important health ingredients are developing through the very slow growing of the Chaga mushroom due to the cold climate.

From a first aspect, Melanin only provides the color for the coal-like appearance of the Chaga Mushroom. However, studies have shown that the melanin-complex contained in Chaga has strong antioxidant properties and thus protects the genome.

Over the last years, the state of the genome is found more and more relevant in either predicting or changing individual human health. The knowledge actual the state of the individual genome allows opening a window having a viewpoint to the future health of an individual.

Researchers today are looking at modifying the genome to repair life shortening portions. Yet this research is still at an early stage.

Also, the fungal melanins in Chaga protect against radiation damage, such as UV -radiation, and they offer protection from high temperatures.

Polysaccharides can offset the hazardous effects of microwave radiation on damaged germ cells. It has been shown that the polyphenols contained in Chaga cause a reduction of human tumor cell proliferation (HCT116 / colon carcinoma) via inhibition of topoisomerase. Here the components DBL (Dihydroxybenzalacetone) and CA (Caffeic Acid) in the polyphenol content of Chaga are essential.

Topoisomerase is a  vital enzyme that enables the reading of the DNA, by temporarily splitting the twisted strands of DNA. This process is inhibited by the modified DNA in tumor cells, and thus, their growth is blocked.

The Chaga mushroom is considered to be a very powerful antioxidant. Particularly the polyphenols and the melanin complex is are providing strong antioxidant effects.

In other studies, it was shown that the polysaccharide constituents have an antioxidant effect also;

Chaga leads to men’s regulation of inflammatory mediators (TNF-α, iNOS, IL-1β). This has an anti-inflammatory effect in the gut lining. Thus it is, in turn, leads to an inhibition of the inflammatory infiltration of immune cells in the intestinal mucosa.

Researchers believe therefore that Chaga could be a useful supplement for chronic inflammatory bowel disease.

In a study of the most common human cancer cells (in vitro – i.e. in the test tube) betulinic acid contained in Chaga appeared as a potential chemotherapeutic agent.

Examined cancer cell lines were obtained from lung, colon and rectum, breast and prostate. All tested cell lines were significantly suppressed in their growth. To this end, a dose was needed, which can be (ie in the living body) easily achieved in vivo.

In other studies, this effect could be confirmed. This showed that Chaga anti-inflammatory and analgesic in ulcerative acts. The researchers found that there was a men’s regulation of NF-kappa B binding activity. Inducible Nitrogen – synthase (iNOS) and cyclooxygenase-2 (COX-2) were inhibited

A healthy organism-environment has a slightly basic (alkaline) pH. Even slight deviations lead to massive disturbances in metabolism with life-threatening consequences.

While pH 1 is the extreme acid side pH 14 signifies the alkaline extreme.

Therefore, a smooth metabolism both inside and outside the cells is maintained best with a low basic pH range, most metabolic reactions run optimally under this pH conditions.

In chemistry, the pH is corrected best with a buffer solution existing of a series of stabilizing chemicals.

Regular consumption of Chaga for example in the form of teas maintains this healthy ph environment as the concoction of all the substances in Chaga support the necessary low alkaline environment.

Starting this article with the question: Chaga Mushrooms a cure for all and everything?

It can be stated that the good effects of the Chaga Mushroom having a great base of proven studies. The studies cited and mentioned above are a proof statement that The Chaga mushroom is playing a serious role of healing substances out of nature.

Acknowledgment for general understanding: As this article is generally discussing the Chaga mushroom, mushroom and fungus are used with the same meaning.

Precisely: Mushroom is the fleshy, spore-bearing fruiting body of a fungus. 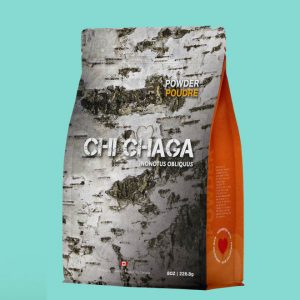 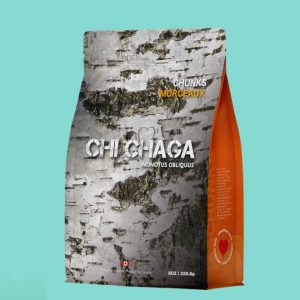 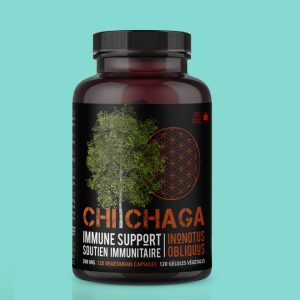 Providing superior quality Chaga tea is paramount to us. That’s why we take a tree to shelf approach, controlling everything from the sustainable harvesting stage, Innovative non-heat crumbling - powdering drying, to packaging and distribution. Our commitment to quality throughout the entire process means you’re getting the freshest tasting premium quality Chaga Mushroom